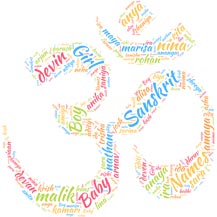 If you strongly prefer a name with deep meaning then you must look at our collection of Sanskrit Baby Names for boys and girls.

Sanskrit names often have thoughtful meanings and they make a great choice when it comes to naming your baby.

A precious little bundle of joy has just entered your lives! As parents, you are excited to give the best name to your baby. A name that is beautiful and melodious, reflecting the richness of Indian culture and at the same time possessing a deep significant meaning would be the ideal choice. Where would you find such a name which is an amalgam of all these qualities?

Of course, in that language of ancient India which is the mother of all modern languages- Sanskrit. The baby names derived from this sonorous language have a wealth of meaning. These traditional names connect us to our roots.

Sanskrit means "refined or purified". The words of this sophisticated language have a rich and cultured effect. The language has primordial sounds and in a very systematic manner follows the natural way sounds are produced in the human mouth.

It is highly versatile with a huge vocabulary and immense power of expression. It allows you a wide choice. So give your little one the perfect gift to last a lifetime and even more- a classical, sublime and profound name from the treasure-trove of Sanskrit.

In this list you'll find Sanskrit Boy Names along with their literal and intended meanings. 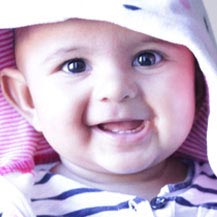 In this list you'll find Sanskrit Girl Names along with their literal and intended meanings.

Sanskrit is the language of the Vedas, the Upanishads, the Puranas, the Mahabharata, the Ramayana, the Bhagwad Gita, the Buddhist and Jain texts. Known as 'Devavani' or 'Devabhasha', it is the language of rituals, mantras, chants and hymns intrinsic to Indian culture and beliefs. Baby names selected from this divine language will have a spiritual connect and sacred feel. Checkout these Sanskrit name ideas to get inspiration to come up with your very own perfect name.