A list of most unique and sweet names is just what you need to name your little one. A name that is uncommon and different but with a lovely meaning, will make your child stand out everywhere. A melodious sound would, further, lend it a magical quality and make it a favorite among all. 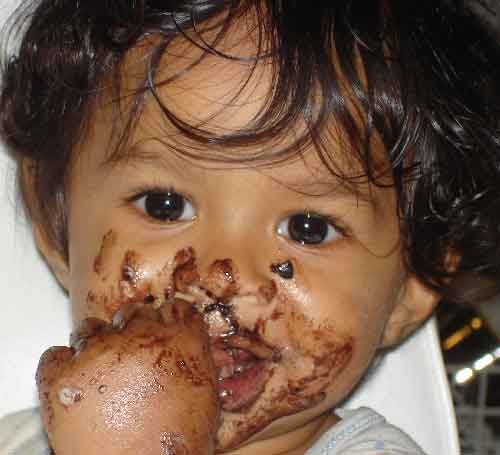 Take a look at this hand picked 40 most unique and sweet Hindu baby names that're originated from Sanskrit. These baby names are uncommon and also melodious with a good meaning. Use this list to take inspiration to come up with your very own rare as well as cute baby name. For more Sweet Hindu Boy and Girl names check out this page.

My personal favorite sweet baby names for girls is Anugyaa which means entitlement. Mention of the name Anugyaa is found in Panini (पाणिनि) in which this Sanskrit word refers to behave kindly.

The other girl name that sounds sweet but unusual name is Paristi (परीष्टि). Literal meaning of girl name Paristi is inquiry or investigation. Paristi is mentioned in Jaimini (जैमिनि) and Patanjali (पतञ्जलि) with meanings like investigation, inquiry and research. Paristi is also referred in writings of lexicographers like Halayudh and Hemchandra where this word denotes homage, attendance and freedom of will.

Another very uncommon Indian feminine given name name is Avashya (Sanskrit: अवश्या). Avashya literally means "dew and hoar-frost" in Sanskrit. Avashya (अवश्या) is mentioned in Lexicographers, esp. such as Amarasimha, Halayudha, Hemacandra where Avashya is used for hoar-frost, dew.

My personal favorite sweet Hindu names of baby boy are Shrut (श्रुत) and Sarva (सर्व). Shrut means 'Glorious' and Sarva means 'everything'. Both names are uncommon and short (2 syllables) names of Shiva. Boy name Sarava appears in Shiva Saharanama and is derived from Shiva's association with Rudra avatara.

Another boy name that stand out is "Shlok" (श्लोक) which means rhymed poetic verse or phrase.